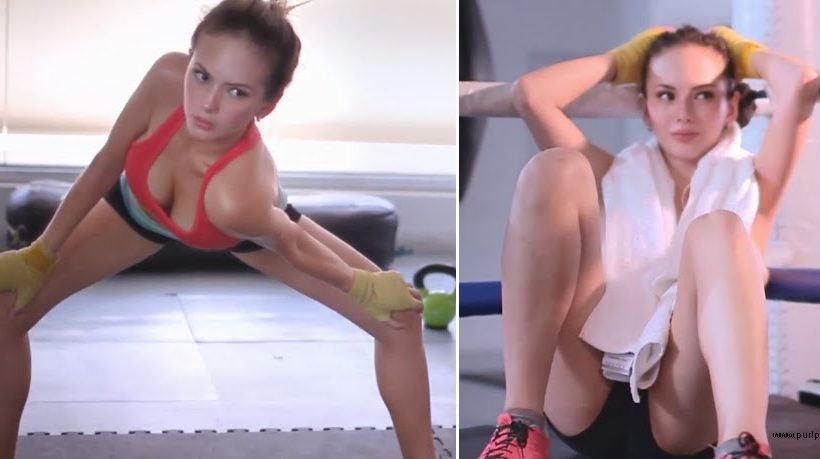 Ellen Adarna, 26-year-old actress and model, featuring another daring video advertisement. She was also in the list of Philippines’ “Sexiest Women” which she gained 13 million votes from the men’s magazine readers.

She ranked all the way to 8th spot but failed to make her appearance in the victory party held last July 9, 2014. Adarna explained that she was in Japan that time spending time with her non-showbiz boyfriend Raoul Olbes. Another hectic schedule was their taping for “Moon of Desire”, an upcoming series of ABS-CBN. 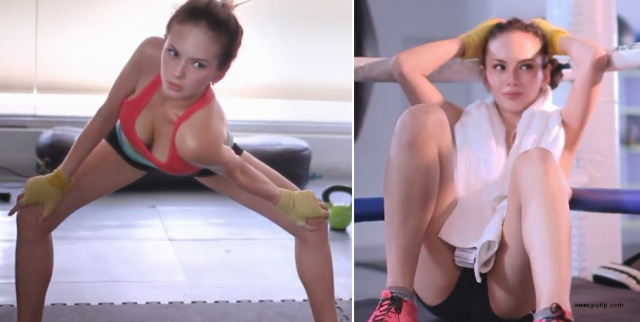 Ellen was used to get all the attention especially men. But she really didn’t care about that and don’t really think about it. At the end of the day, it’s just a job for her.

She is the newest Bench Body endorser which was inspired by her boxing exercises wearing just undergarments.

The video campaign entitled as “Get This Body which she exercises wearing the Bench products while revealing most of her skin. These 3 videos composed of different workouts such as jump rope, kickboxing, and plyometrics and was just released earlier this week.

According to Bench team, there is a second set of “Get This Body” video workouts which also features the martial hottie and they will release it very soon.

The Bench family welcomes Ellen Adarna as the newest endorser of their brand so as her fans are much excited for the upcoming Bench Fashion Show in September.