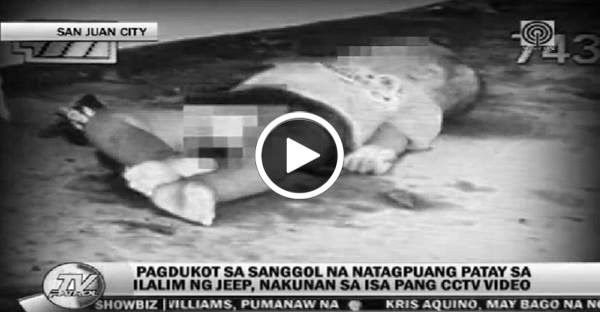 SAN JUAN – Another CCTV footage was released showing the suspect in the rape-slaying case of an 11-month-old infant who was taken away from her sleeping parents last week.

The suspect was identified as Arnel Tumbali who raped and killed the baby and placed her under a passenger jeep without any signs of life.

The victim was found almost naked and dead. According to EPD PNP Crime Laboratory, the cause of death: “blunt traumatic injury to abdomen, lacerated liver: clear evidence of penetrating trauma to hymen.”

Arnel Tumbali is suspected for this crime. The San Juan City police already filed a rape and homicide case against him. Tumbali is known to be a wandering vendor in San Juan.

The charge was filed in San Juan fiscal’s office in relation to child abuse law or the Republic Act 7610.

A P100,000 reward is now offered by San Juan City to speed up the arrest of the suspect.