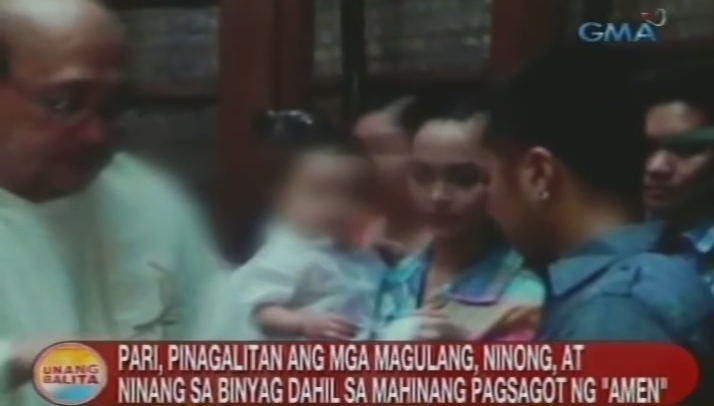 Prianes said he was frustrated to this event because there was this point that the priest was throwing some foul words even though everyone was responding appropriately.

He even thought that this priest was just having a bad day, but he strongly pointed out that there are better ways to cascade messages without using foul words at all, especially the fact that this person is a ‘priest’.

Prianes believes that the (rude) impression given to them was just not right.

Aside from that, he said he was humiliated by the assistant of the priest who furiously shouted at him when he tried to approach him. 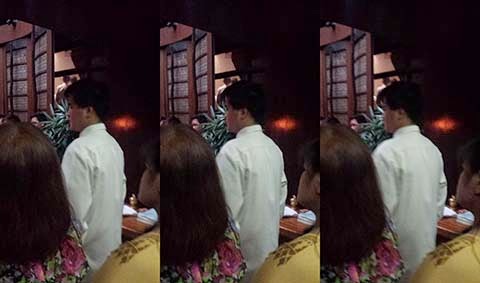 UNEXPECTED EXPERIENCE DURING THE CHRISTENING AT EDSA SHRINE

Aug 31, around 330 pm i attended a baptismal ceremony at the EDSA SHRINE. When i arrived, it was already in the middle of the ceremony were these cute little angels with thier parents and godparents were standing in the middle of the altar. I notice that the priest was mad and his tone is somehow irritated. Reason? the parents are not responding “Amen” loud enough as what the priest wanted them to do. Im shocked when the priest stated “kanina ko pa kayo sinasabihan na lakasan ang pagsabi ng AMEN pagkatpos buhusan ng tubig sa ulo mga anak nyo pero para kayong walang boses. Sana wag lumaki ang mga anak nyo na katulad nyo na matitigas ang ulo!”. A moment of silence.

It was my godson’s turn to be baptized. The priest said “glory be to the father, to the son and to the holy spirit”, EVERYONE responded with amen. At that same moment the priest said “naknang kanina ko pa kayo sinasabihan na lakasan ang amen! Bahala n kayo s buhay nyo!”, the priest walked-out. Another moment of silence. I approached the assistant of the priest and asked “Excuse me, what happened? Will he still finish the ceremony? I felt humiliated when this guy responded with “Kanina pa kasi kayo sinsbhan n sumagot ng malakas na amen hindi nyo magawa! Titigas ng ulo nyo! Then i replied with “wag kang sumigaw, ngtatanong lng ako”. This guy (in the picture below) furiously shouted back at me and said “Gusto mo ikaw kumausap kay father!!! Punthan mo!! Sino ka ba?!! I opted to reply with “isa ako sa mga ninong. Wag kang sumigaw. Nagtatanong lng ako. You’re so rude! Then he responded with “Rude? Eh d ikaw pumunta kay father, tangnang to”

I was about to respond when a girl (one of the godparents) reacted “Excuse me, he was just asking what will happen. He just asked you in a nice way, man. You’re not supposed to serve the church if ur attitude is like that, Bastos ka! This guy did not react and left to call the priest back. When the priest got back, he tried to finish the baptismal ceremony in the fastest way he could. After the priest stated the final blessing, he had his last words “o ayan tpos na, magsialis na kayong lahat”

That was very frustrating event. I can hardly imagine we have these people rudely serving GOD, churches and our people. I would say this is just a manifestation that Devil can always disguise into an immaculate Angel.

We gathered some reactions and comments of various netizens regarding this incident. 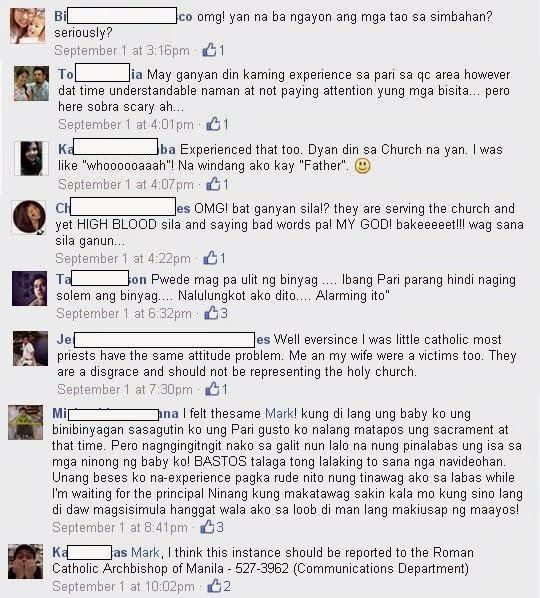