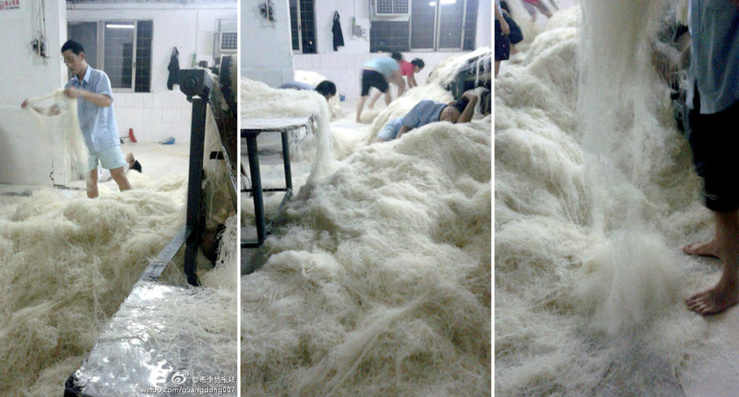 According to a recent report from Inquirer.net, Upper Saloy barangay chairman Gary Gensianos showed the alleged fake ‘bihon’ upon purchasing it last July 3 in a public market.

Though the noodles look quite normal outside and don’t emit a foul smell when cooked, Gensianos claimed that it was unusually slimy compared to the regular one.

To aid in confirming the authenticity of the noodles and whether or not harmful chemicals are present, samples of the said product was sent to the Food and Drugs Administration (FDA) to undergo several laboratory tests.

Meanwhile, it can be remembered that weeks ago, fake rice discovered in Davao city caused public panic. The plastic rice alarmed people as it reached Luzon and was also spotted in some area of Novaliches and Makati City.

On the other hand, the netizens expressed their gratitude for Davao City Health Office in responding to this serious case quickly. This is an important reminder to our consumers to always be wary of the products we purchase.