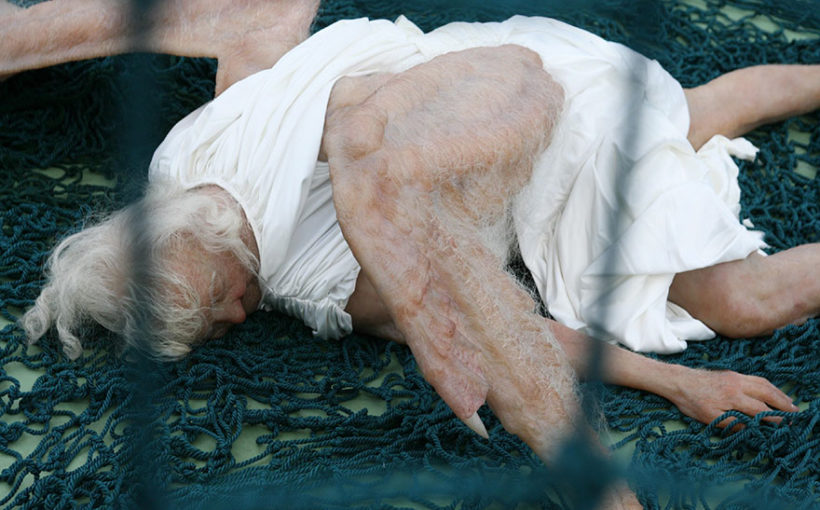 After NASA’s announcement of Earth 2.0, a human like ‘Angel’ has fallen out of the skies. The extremely human like creature with what seems to be ‘angel’ wings as arms appears to have fallen from the sky. It created a buzz on the internet.

Art lovers—as well as people in general—were appalled by a sculpture depicting a fallen angel in gruesome detail that was unveiled in Beijing earlier this week.

These pictures are not a real ‘fallen angel’. This extremely realistic artwork was created by Chinese artists, Sun Yuan and Peng Yu. 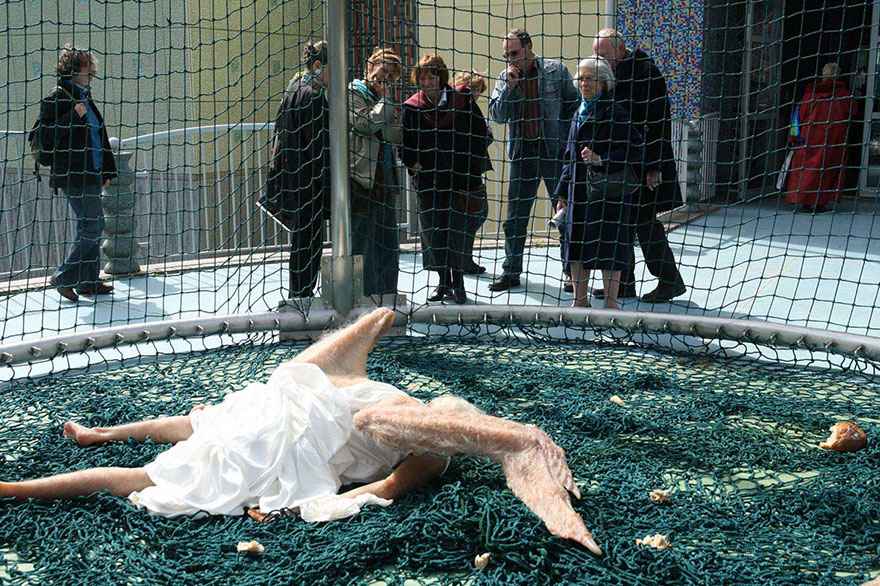 This sculpture, titled ‘Angel,’ depicts a fallen angel in the form of an old woman, her wings devoid of feathers, that seems to be sleeping or perhaps dead. It was made from silica gel, fibreglass, stainless steel, and woven mesh.

The two artists are renowned for working with extreme materials such as human fat tissue, live animals and baby cadavers to deal with serious issues like perception, death and the human condition. Fortunately, no baby parts were used for this piece.

The artist statement on their website cryptically reveals the project’s purpose: highlighting the tension and transition between the supernatural and the mundane. The angel, a transcendent being, has become powerless, unable to carry out God’s will, or to help those who believe in its existence.

‘Angel” is not the duo’d first artwork. One of the duo’s earlier works that they call “Old Person’s Home” focused entirely on the elderly.

“Old Person’s Home” was created in 2007 and was made up of sculptures of old men in wheelchairs that strongly resembled several world leaders. The sculptures were placed in electric wheelchairs, which were turned on so that the sculptures could randomly bump into each other.

Both ‘Angel’ and ‘Old Persons Home’ have also been displayed at the Saatchi Gallery in London.