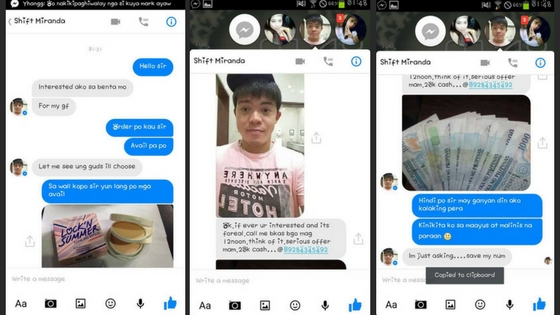 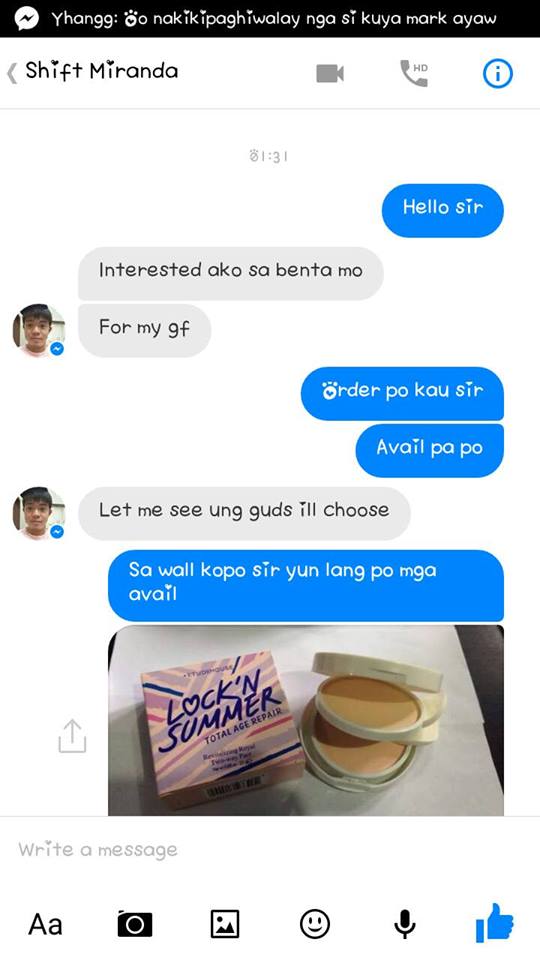 Shift Miranda started to inquire about the cosmetics offered by Ms. Dela Cruz via Facebook messenger. He said he is interested to buy some goods for his girlfriend.

After sending a picture of her product, he started to give an indecent proposal. “Please don’t get offended or mad. I hope you’re a open-minded person. What if I give you P20,000 cash for a safe, clean and discreet companionship. No relationship or commitments for P20,000,” he offered.

He even gave out his number, another name and his location. 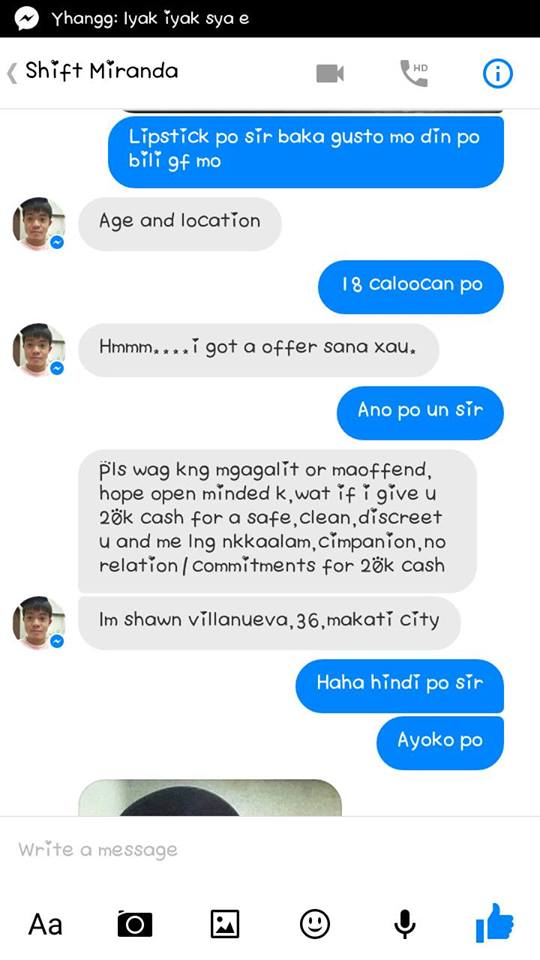 He also sent a picture of the money as a bait.

“Mr. Villanueva” seemed serious and he asked Anna to think about his serious offer.

The same modus and offer has been doing rounds online for quite sometime now. On the screenshot below, it is from a certain “Shawn Rage”. 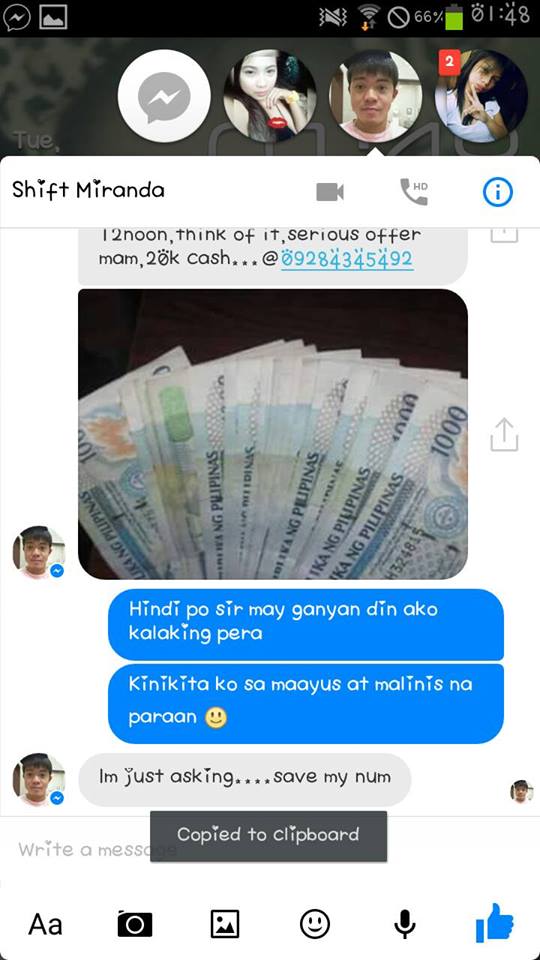 Be careful who you talk to online. It is very easy to steal pictures and create a new identity.

Do you have the same experience? Share your thoughts below.